Long before the forces of evil stole the Angels’ seal, the common folk had an ongoing tournament called the Clash of Might. Thousands of years ago, the greatest warriors in the world decided they needed to know who was the strongest, and started this tournament. In spite of the recent chaos, the Clash of Might still goes on. The rules are simple, win a fight and switch rankings, lose and stay where you are! 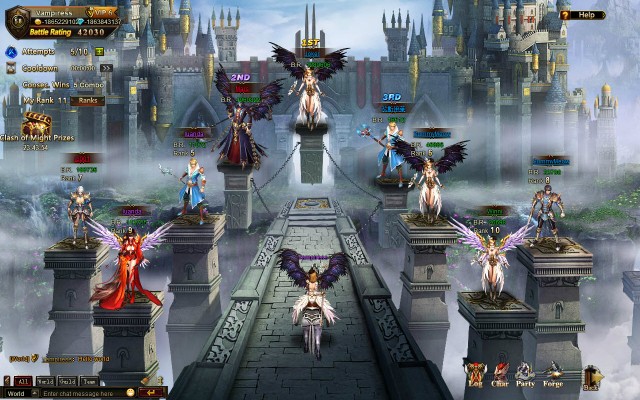 1. Each time you enter the Clash of Might, you will be able to challenge 9 players: the top 3, plus 6 ranking closely above you.

2. If you successfully challenge another player, you will automatically switch ranking with them.

3. Each player is initially limited to 10 challenges per day. Additional challenges can be purchased.

1. Each player will receive a daily prize, according to their ranking.

2. Additional prizes are given to players with consecutive winning streaks.