The Amazon Hunter is an expert hunter that knows no equal in the art of jungle warfare. Her powerful lance is used to keep her enemies at a distance while she unleashes her onslaught. She is said to have been raised amongst the animals of the jungle, thus the reason for her fierce, animal like killer instincts. 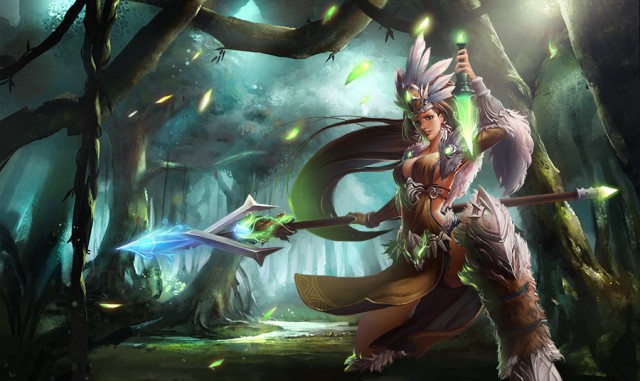