No one knows his real name. Legend goes that he’s called Bloodsucker. It is said that the Bloodsucker was a renowned duke in medieval era, and he was a very generous and talented gentleman. Almost everyone admired his name. However, glory and fame brought him bad fortune, as jealousy grew among his enemies. He was assassinated when he was hunting in the forest. Luckily he was saved by an unknown wizard and became a vampire. He gained immortality and power. In exchange he lost his name and had to live under shadows. Seeing the chaos of the angelic land, Bloodsucker decided to take this opportunity for his own revenge. Feel the power of blood oath! 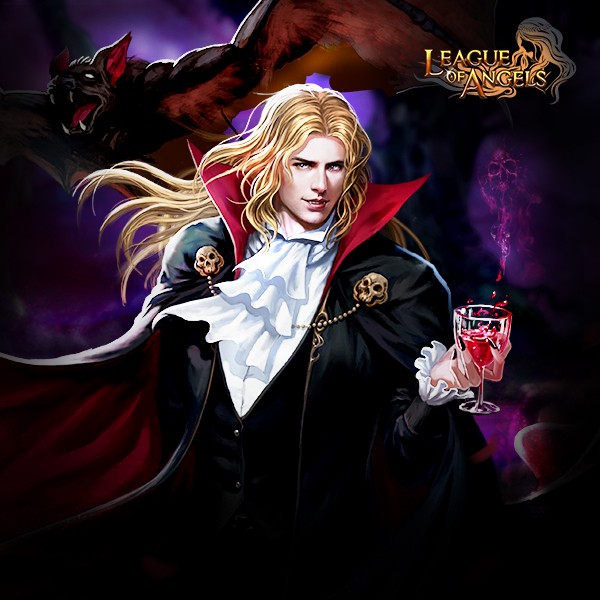 Battle skill: Increases Party's ATK and Max HP by 5%, lasts 2 turns.
Regular skill: Consume 10% of current HP to cast, deals (155% ATK +1,000) to two targets with the highest HP and decreases their Max HP and Heal efffect by 5% (stacks up to 2 times). 50% of the total DMG caused will be used to heal the 3 party members with the lowest HP. This skill has a 100% chance to hit and is immune to Taunt.