In the far north, where the temperature never rises above zero degrees Celsius and the sun is a myth that only few lived to see, there is a remote and a powerful tribe. This men, who are also known as the Ice Men, used to live among other humans, but fled away to protect themselves and the great power they help to preserve. They decided to live in the snow to guard an ancient secret of the Ice and Snow. No one ever tried to face them, no one ever tried to threaten them. All we know is that the Ice men believe in a legendary figure, a mystery creature that took the role of god in this lonely and distance piece of land. The ice people call her the Snow Queen. 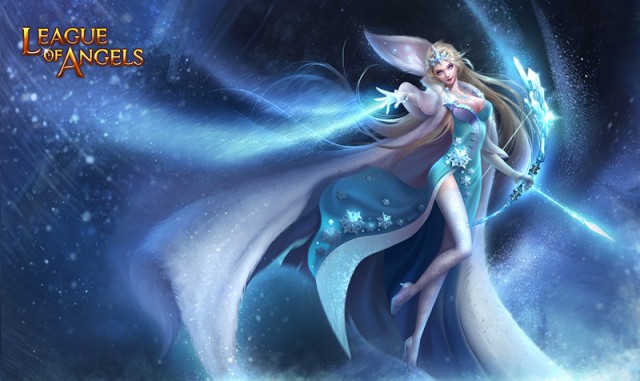 Hero Class: Archer
Growth Qualification: ★ ★ ★ ★ ★ ★ ★
Hero Skills: Glacial Dusk
Consume 25 Rage to cast. Deals (75% Basic ATK + 7500) to all enemies and adds a debuff which decreases enemy Max HP by 1% each turn (the debuff cannot be removed and is stackable up to 5 times, lasts 2 turns). Heroes are immune to Stun and Chaos and ATK and DEF increase 1.1% whenever enemies (Angel included) cast an active skill, stackable up to 20 times. The fewer enemies the greater the DMG.

Next: Messenger of Darkness