Come Glacial Wolf! The Frost Demon has been Tamed!

A Long, long time ago, in the coldest parts of the land, Glacial wolves would run and hunt under the polar lights. They were the strongest animal in the north, but for the northern villagers, they were a symbol of terror. Villagers offered great rewards for killing them and they were hunted and killed so badly that they have not been seen for hundreds of years.

One Angel collected a Glacial Wolf Soul before the last Glacial Wolf died. She has protected it carefully in a crystal. Now the seal has been unlocked and the Glacial Wolves have returned to the land. 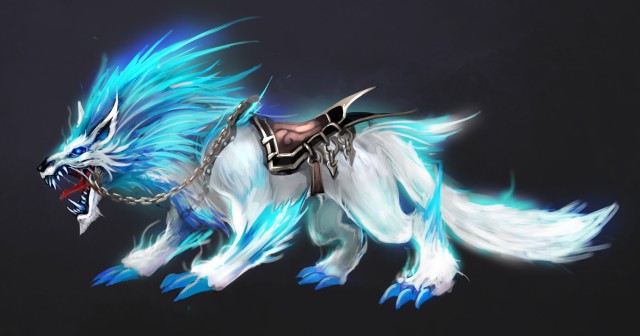 Can transform to obtain the Glacial Wolf Mount.

How to obtain: In Future Events.

Next: New European Server Morus Arrives May 29th 10am GMT!