League of Angels is excited to introduce a new angel-- Mizuna in the latest update. Living deep in the sea, she is free from strife, but she is born with magical power. She can convert water into immense power which can both bless her people and strike great damage to her enemies. Now she appears with her great mission to protect the Angle Land and make it as prosperous as before! 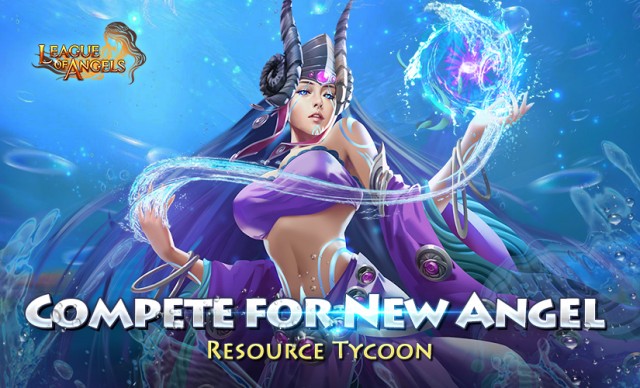 Mizuna’s skill is called “Ocean's Blessing”, by which she will deal magic damage to all enemies and increase all party’s ATK, Agility and Crit Damage with a 100% chance of hitting! It’s time to unleash the power of angels and boost the whole team!

Wondering how to invite the angel to your squad? She will make her debut in Single-server Resource Tycoon from July 7th to July 12th! Resources like Godsend，Blessed Stone，Magic Mount Soul will offer DOUBLE points! Play League of Angels now and gain as many resources as you can to compete for her!

Next: World Cup Wager: Join the Wager to get the Special World Cup Costume!