League of Angels is excited to introduce a new male angel-- Captain Cortez in the latest update. As the sixth male angel, Captain Cortez impresses at the first sight, not only because of his no-wing appearance, but also he is the one who comes from players’ suggestion. Would you like to join the handsome and professionally competent Captain Cortez to start an adventure right before the summer holiday starts? Check out more about this new angel! 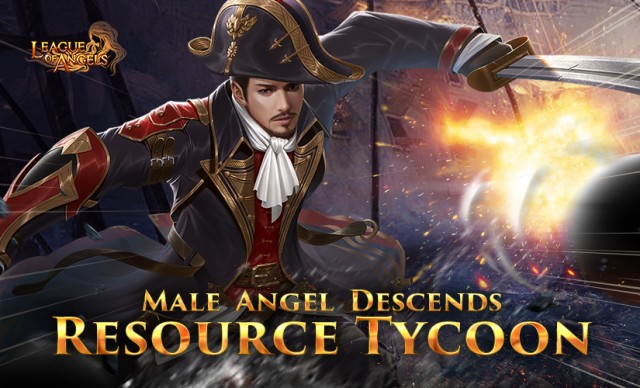 Captain Cortez will never see a wrinkle in his suit, no matter how fierce a battle he’s been through. He is born to be a commander, whose skill is called “Call of the Sea”, by which he will cast enormous magic damage to all enemies and increase own party’s Crit Damage, Agility and DEF with a 100% chance of hitting! Never miss the chance to set sail around the world with this skilled captain!

Join us in the Single-server Resource Tycoon from April 10th to April 15th to compete for Captain Cortez! Play League of Angels now and embark on a legendary journey!

Next: New US EAST Server Launches for League of Angels on April 10th!