X-server Silver War, League of Angels’s brand new PVP mode, is online on Mar. 21st, 2016(server time)! Join a Faction, take over the cities of your enemies, and fight for glory (and great rewards)!

X-server Silver War is a cross-server territorial war where players fight in factions. Use your knowledge and battle tactics against the entire world! Great rewards await those who can conquer their enemies. 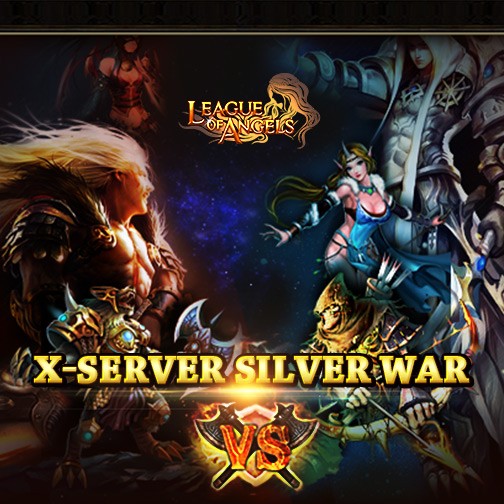 
Note: Players must join the event in the corresponding stage, or they will have to wait until the next cycle.

Players who are at Lvl. 50+ with 1M BR(and above),  can sign up for the war during the signing up period.

In the harshest deserts of the continent, a hidden valley full of treasures is guarded by 19 lords. Here the forces are divided into 3 Legions: St. Loei(Green Legion), Kerman(Yellow Legion) and The Throne(Blue Legion).

Note: Players will be divided into 3 different Legions based on their BR.

The prize will be determined by both the ranking of a player's camp and his/her personal points. 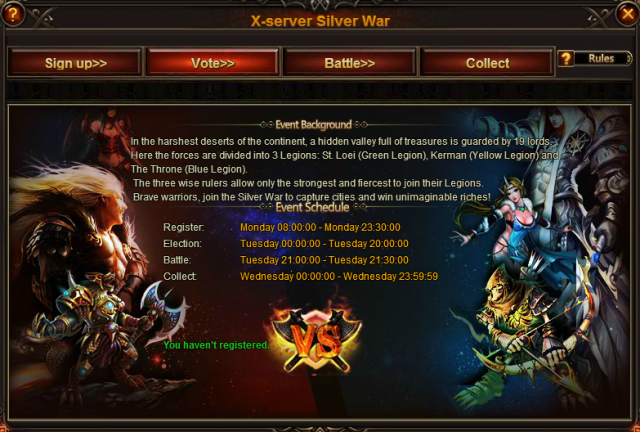 1.Each player can only vote within his/her Legion. Every player has by default 1 vote, but players may also use Diamonds to buy extra votes.

2. Players can vote for other players as well as themselves.

3. The successfully elected Grand Chief and the Chiefs will receive stat bonuses during the Silver War battles.

4. The Grand Chief and the Chiefs can collect better ranking rewards compared to general members at the end of the event.

Tip: Cross-server chatting area can be made full use of during the Election period, which means players can comvass for themselves. 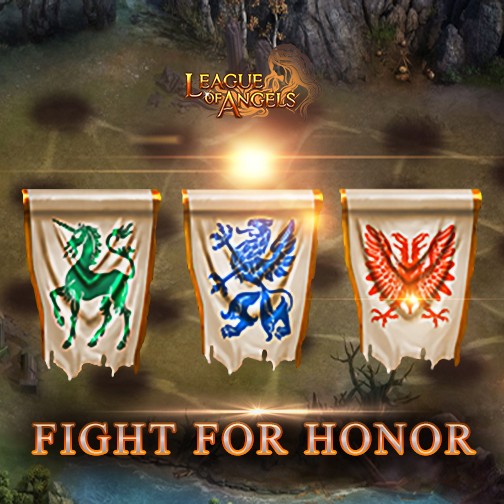 1.The goal of Silver War is to protect your Legion’s cities while trying to occupy the cities of other Legions to get great rewards.

2. Each Legion will start with 3 default Cities to freely move around in, and the 3 cities can be occupied by other Legions. Only when all the players in a city has been defeated can the city be occupied.

3. Players can only attatck adjoining cities since there are roads available. Players will gain debuff after fight between cities.

Treasures are hidden in the harshest deserts of the continents.

1. Players can mine in their cities, which will earn Silver War Points. The amount of points earned is based on the prosperity of the City and the number of players stationed there. The higher the prosperity, and the lower the population, the greater the Point Rewards.

2. In a cool down time, players can't mine, but they can choose to build the city or attack other cities.

3. The items gained from mining will increase the prosperity of the city, which will level up the city. More output will be produced in a single mining after the city levels up. 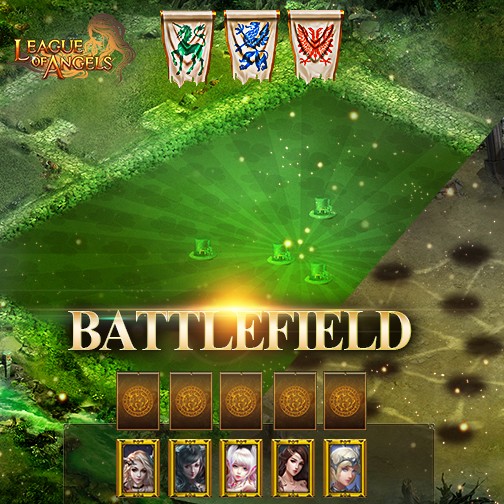 Five kinds of stratege cards can be used. Think twice before you act!

Speed Card: Players can use this card to move directly to any of the occupied cities.

Movement Card: Players are able to gain a certain number of movements.

Recharge Card: Recover HP of all pary members in battle, and clear debuff。

Raid Card: Players are able to attack a specific city of another Legion, without considering th the road

Acceleration Card: Players will be able to spend half of the required time to collecting items.

After the entire battle has ended, the system will rank players within their Legion according to the performance of their Faction as well as their Points from mining. Players will get corresponding rewards for their rankings.

At the same time, players will also get individual Points based on their kills in battle and mining, and get corresponding individual rewards.

3.Apart from the above, player can gain better rewards by consuming specific resources in Shop. 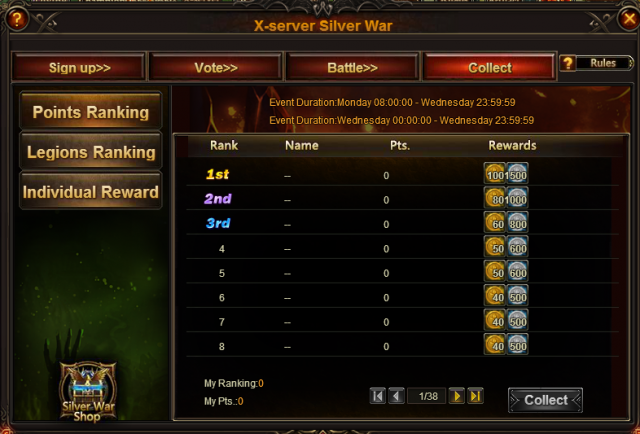