Players who were unsatisfied with only being able to fight the World Boss once per day rejoice! We are introducing a new system, Guild Boss! You will now have the opportunity to slaughter more bosses! 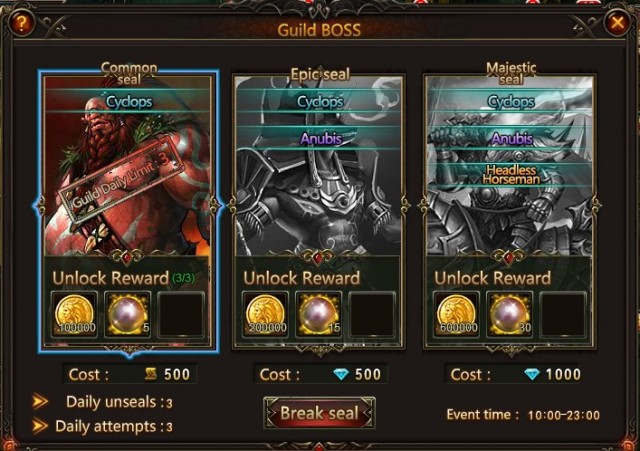 Participation Requirements: guild level must be higher than Lvl. 1.

3.       Unlocking higher seals requires players to defeat more bosses, but also increases the amount of rewards they can get.

4.       Each guild member can unlock a seal 3 times every day. The limit will not reset if the guild member transfers to another guild.

5.       Each guild member can participate in the Guild Boss event 3 times every day. The limit will not reset if the guild member transfers to another guild.

6.       Once a guild has started the Guild Boss event, other guild members cannot unlock another seal until it has been completed.

7.       Rewards for unlocking are sent through in-game mail.