1. On the day of Twilight Clash, the guild leaders need to sign up for the event first. The registered guild will be matchmade based on their rankings and battle ratings.

2. There are 5 territories to choose from to target. Each gives different rewards. 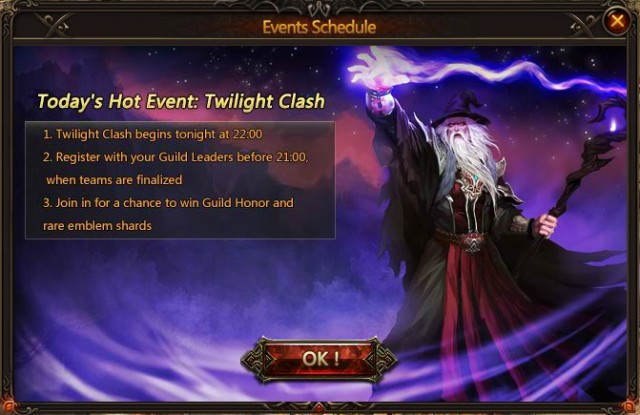 
1. Players can buy and activate the Skin anytime. The skin will be displayed once the players enter the battlefield.

2. While in the battlefield, press the corresponding shortcut key in the toolbar to cast the skill.

1. The Leader or Deputy Leader can sign up for Twilight Clash and choose the targeted territory between 0:00 and 30 minutes before the event starts.

2. Each guild can choose only one territory as their target.

Territory
1. The territories are of different quality. Higher the quality, better the rewards.


2. Some territories require the participants’ guild flag to reach a certain level. 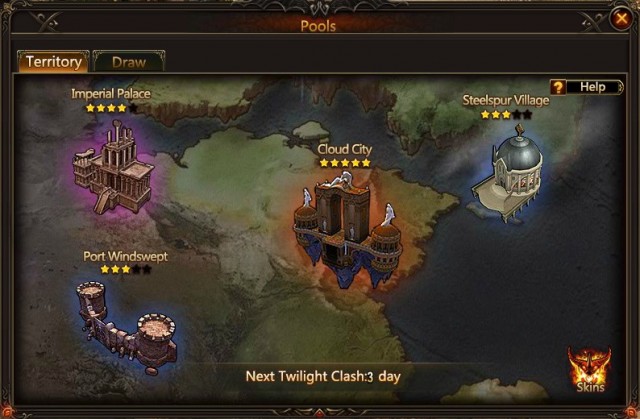 1. In the 30 minutes before the event starts, all guild members spend Gold to raise the bid of their own guild over the territory.


2. The 2 Guilds that have the highest bids on the territory will be qualified for battle over its control; the other guilds will lose the Gold they put in.

Flag Respawn
There are 3 flag respawning points on the battlefield. When the battle starts, each point will spawn one flag.
Once a player takes a flag, it will not respawn until it has been capped. 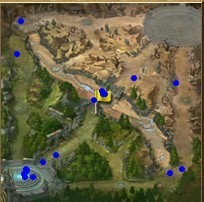 Obtaining the Flag
1. Players click on the flag on the flag spawn point. After a short cast time, the flag will transfer to the player’s body.


2. The flag will be transferred to the player who defeats the flag carrier. If both players are carrying flags, the defeated player’s flag will return to the flag spawn point.

2. There is also a cast time when capping the flag.