What dose a starry night looks like in your mind? In this land guarded by Angels, when it is in peace and prosperity, Angels once had a grand meeting in a starry night in summer, for it was predicted that peace would be broken very soon. All Angels were ready to fight the coming war, but no one would know how fierce and horrible the war will be. To save more magic resources for Angels and Heroes, they jointly made a wheel called Starry Dream in case the war will be much tougher than predicted. Now, it's time for the Starry Dream to appear!

Description: Choose a reward and spin the wheel of Starry Dream.  Rewards will be granted when all 7 stars are lit. 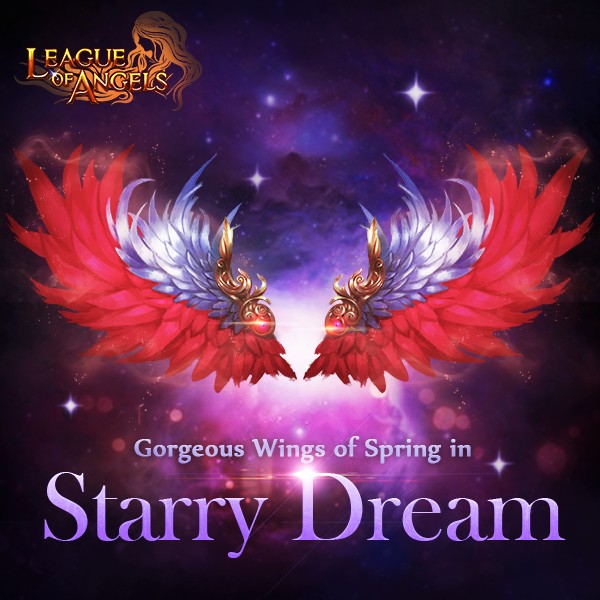 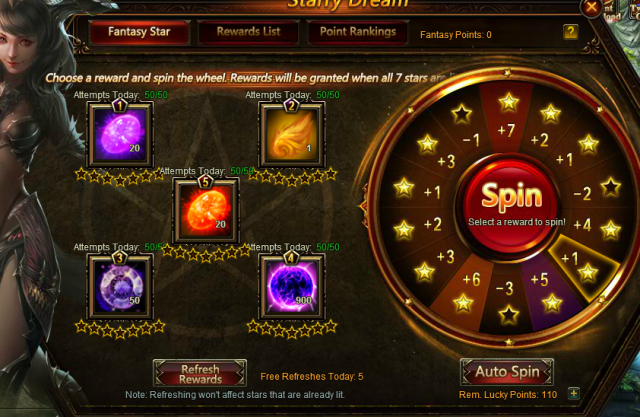 Every day players will have 10 free Lucky Points, and can use vouchers to buy 20 Lucky Points at most. 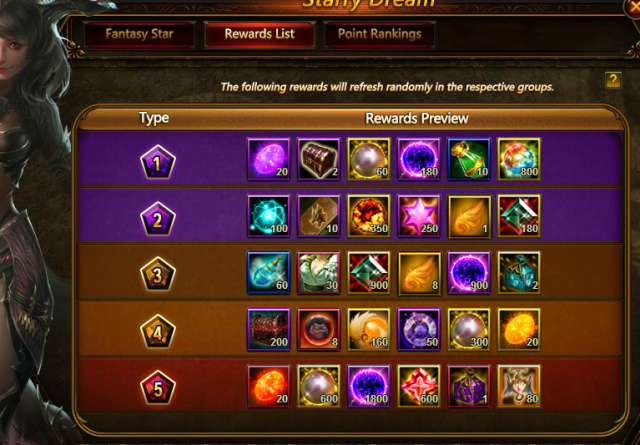 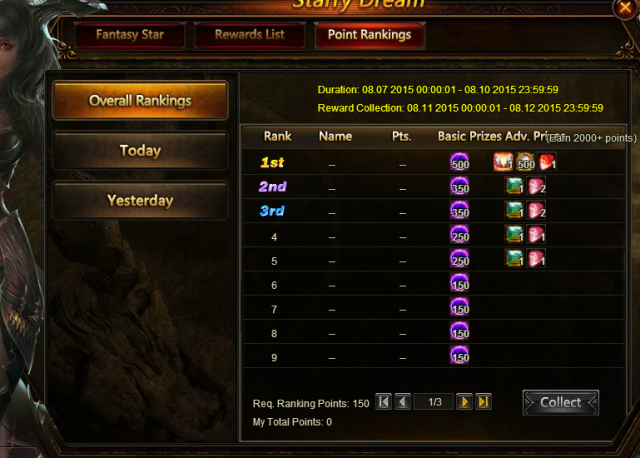 More exciting events are coming up through Aug 7 to Aug 10 (Server Time), check them out in the in-game Hot Events menu now!

Last: Get Wings of Vengeance in Angel's Quiz

Next: New Angel Ysera Shows Up in Lucky Tree!