A new hero named Nine-tailed Fox has just descends in the latest version. This female hero, who is clever and lovely, is said to have a charm which men found irresistly attractive. Besides, she is the first hero in game to cast Divine Damage directly. Now the powerful hero makes her debut in Cross-server Resource Tycoon. Great news is that, the TOP SIX winners in the overall ranking will have the honor to win Nine-tailed Fox Crest! In addition, ranking 1ST will be able to take powerful mount, Carptain Nemo, to the squad! 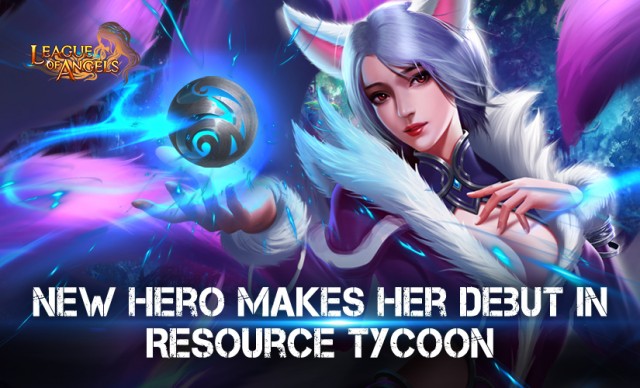 Various resources, gem chests, angel essence chests, and even powerful mounts can be gained by accumulating points and reaching certain Recharge amount in Lucky Points. This time, Shimmer Totie Soul, Primeval Fiend Soul and Ancient Gogadon Soul are newly added. Change Carptain Nemo to Grim Frogger freely if you don't like the former. Seize the chance to make them yours from March 21st to March 28th!

Please note that the above content might be adjusted due to changes of the development plan. Final updates will be determined in game. More exciting events are coming up through March 21st to March 26th (server time), check them out in the in-game Hot Events menu now!