The long-awaited Golden Disciple has finally showed up! With a faint halo, she manifests an extraordinarily calm personality when confronting enemies in battles. Now Golden Disciple, the strongest hero ever, makes her debut in Cross-server Resource Tycoon. Good news is that, the TOP SIX winners in the overall ranking will have the honor to win Golden Disciple Crest! In addition, ranking 1ST will be able to take powerful and gorgeous mount, Heavenly Pegasus, to the squad! Plus, players will receive Lvl. 15 Fusion Gem Chest and other rare resources as their rewards after reaching 30M points. 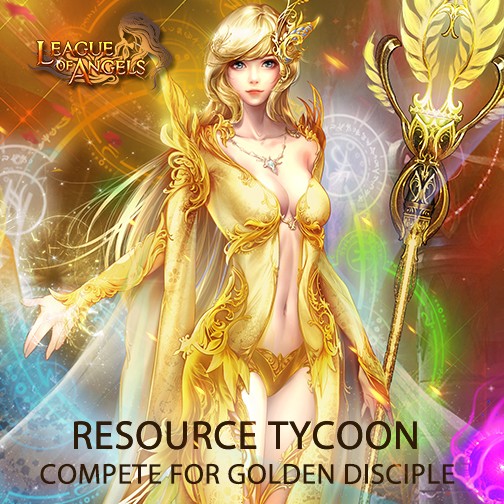 Friendly reminder: This is the last time we have Ghost Ship in the warming up for Halloween! Please USE UP your Golden Fish to get what you want during the event. Or it will expire.

>Team up with Your Friends in CS Team Tournament


The 27th CS Team Tournament will start on October 20th(server time)! Team up with your friends and fight for glory!

Please note that the above content might be adjusted due to changes of the development plan. Final updates will be determined in game. More exciting events are coming up through October 20th to October 26th (server time), check them out in the in-game Hot Events menu now!

Last: Welcome to Halloween Party in League of Angels!