It's been a long time since the last male angel Hades joined the league. Wearing a crimson cloak, Elven king will fight in person in his golden armor against any conspiracy that plotted wars against his people. Elven King makes his debut in Single-server Resource Tycoon! He, as well as angel Gaia will be available in the Single-server Resource Tycoon and wait for the bravest the warriors to take them into their squad! 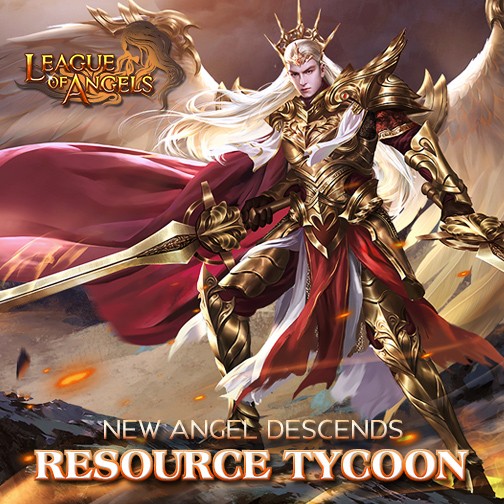 From October 5th to October 10th(server time), the No.1 player in the overall ranking in Single-server Resource Tycoon this time will have the honor to unlock angel Elven King. Ranking 2nd and 3rd will be able to fight alongside angel Gaia.

Different events will be available in game during the tycoon period. Don't forget to check them out!
Lucky Tree: October 5th to October 7th(server time)

Friendly reminder: The 13th Champion Showdown will start on October 3rd(server time)! Don't miss it out!

Please note that the above content might be adjusted due to changes of the development plan.  Final updates will be determined in game.More exciting events are coming up through October 5th to October 10th (server time), check them out in the in-game Hot Events menu now!