No one can feel his emotion under the mask,except for what he has endured for his teammates. It's said that Silver Messenger can't smile or laugh at all, and that only his loyal ravens who can't talk get to know him. Now Silver Messenger, the silent and most powerful tank, makes his debut in Cross-server Resource Tycoon. Good news is that, the TOP SIX winners in the overall ranking will have the honor to win Silver Messenger Crest! In addition, ranking 1ST will be able to take powerful the new and well-armored dragon, Titian Dragon, to the squad! Plus, you will be able to win awesome rewards by reaching certain devotion and consuming resources! 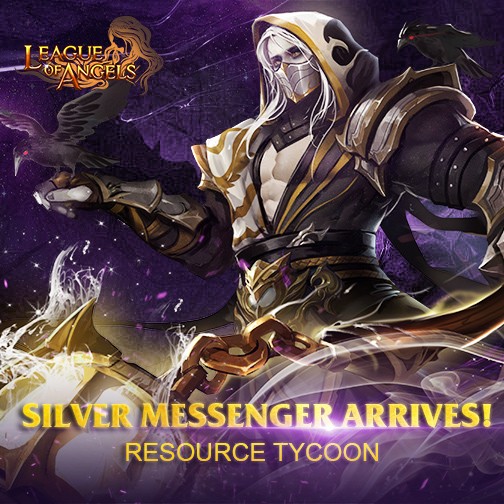 >Join in the 29th Cross-server Tournament

The 30th Cross-server Tournament starts on September 21st(server time). Grab your weapons, equip your heroes and get ready to triumph over your opponents!

Please note that the above content might be adjusted due to changes of the development plan. Final updates will be determined in game. More exciting events are coming up through September 20th to September 26th (server time), check them out in the in-game Hot Events menu now!