Release the power of evolution! Only God knows what Silver Messenger has gone through before he evolves. Whatever it is, he grows into the tough Divine Messenger who stands determined on the bloody battlefield scattered with black feathers. Now the powerful hero makes his debut in Cross-server Resource Tycoon. Great news is that, the TOP SIX winners in the overall ranking will have the honor to win Divine Messenger Crest! In addition, ranking 1ST will be able to take powerful mount, Star Cat, to the squad! Plus, players will receive Lvl. 14 Fusion Gem Chest and other rare resources can be found in Hot Events. 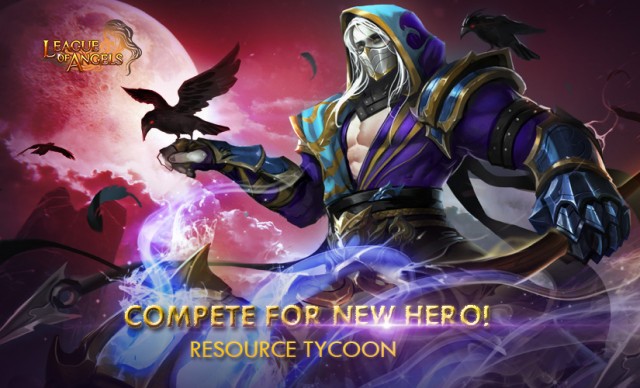 Friendly reminger: Don't forget to team up with your friends to join the 28th CS Team Tournament which will start on Jan. 19th!

Please note that the above content might be adjusted due to changes of the development plan. Final updates will be determined in game. More exciting events are coming up through Jan. 21st to Jan. 26th (server time), check them out in the in-game Hot Events menu now!