League of Angels is bound to bring you something special this December! New angel Medea joins the league just in time to celebrate the 4th anniversary of League of Angels with us! Angel Medea makes her debut in Single-server Resource Tycoon! She, as well as Aglaea will be available in the Single-server Resource Tycoon and wait for the bravest the warriors to take them into their squad! 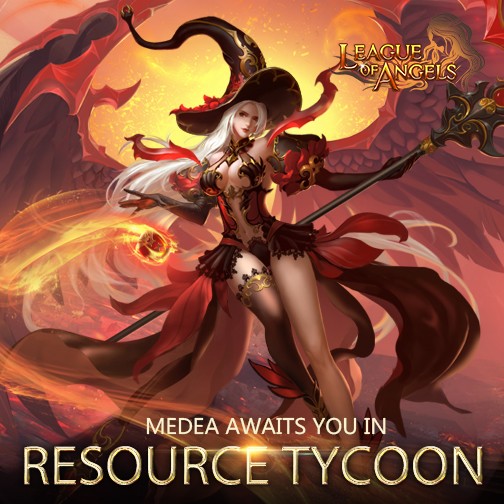 From Dec. 7th to Dec. 12th(server time), the No.1 player in the overall ranking in Single-server Resource Tycoon this time will have the honor to unlock angel Medea. Ranking 2nd and 3rd will be able to fight alongside Aglaea. You can also exchange them for older but still gorgeous angel in Tycoon Mystic Deal from Dec. 12th to Dec. 14th!

Please note that the above content might be adjusted due to changes of the development plan.  Final updates will be determined in game.More exciting events are coming up through December 7th to December 12th (server time), check them out in the in-game Hot Events menu now!

Next: Happy Thanksgiving: New Equipment and Components Awaiting You!